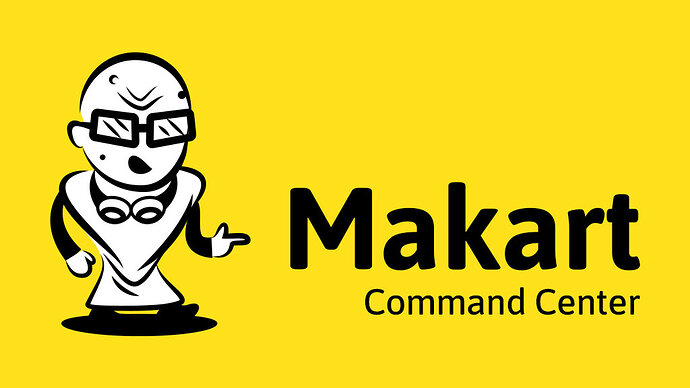 Makart originally grew up in the Physical District, right in the heart of Industrial City. Even as a baby nerd, Makart could do math equations in his head without the need for a calculator. Kayoto, who learned about Makart, ran a series of IQ tests and noticed Makart had become only the second nerd in history to score higher than 96% at 99%. Kayoto was the first, scoring at 99.6%.


When Mad Scientist learned of Makart’s test score he became jealous as his own score was 95.9%. Until Makart, Mad Scientist was second to Kayoto, which that alone got on his nerves. Now in third place as far as IQ levels go, Mad Scientist’s evil nature already began to show itself as he attempted to mess with Makart’s mind by first pretending to be his friend, then demoralizing him every chance he got.


What Mad Scientist didn’t know about Makart is that the young nerd already could read him well enough to see through his schemes. Instead of speaking up, he’d play along and let Mad Scientist’s own ego get the best of him each time.


Makart’s secret weapon, which he learned from Kayoto, is to stay organized and treat everything he encounters like a puzzle. Because of this, Makart lived his earliest years as a puzzle. He loves crossword puzzle games and is an expert at games like Scattergories and Scrabble.


Shortly after Makart graduated to Nerdminator, Gill of GG Academy and Kayoto of University offered Makart to become an apprentice at the Command Centre. Knowing by agreeing to do this would drive Mad Scientist even crazier than he is already, Makart agreed to go.

Makart is a rare breed of nerd as the population of Nerdosia sees him. His name is known everywhere as he’s developed an odd fan base of word game groupies and mathematical geeks who are careful not to idolize him, but make it no secret he is the geekiest nerd’s answer to a real hero.


It’s impossible for Makart to go anywhere without drawing attention, whether he wants it or not. This is something he has in common with fellow Physical District nerd, Alyx. It should come as no surprise that the two are good friends. On the rare occasion Alyx may find himself stuck understanding a few numbers, Makart is his main go-to source to figure it out.


The “walking Nerdipidia” is a nickname Makart hears often.

As soon as Makart went to Command Centre, it didn’t take long before he was in a position he could take over if he wanted to. He was offered this chance but believes in a round-table system where nobody is superior to the other. Everybody has an equal voice, even at the Command Centre.


Makart takes his job very seriously. There isn’t a data source he ignores. Before the Great Cloud Disaster, Makart had a hunch Mad Scientist was going to do something really stupid. He warned Kayoto, who also agreed Mad Scientist was up to no good, as usual.


Before the Great Cloud Disaster happened, Makart was already pushing the underground infrastructure of Nerdosia to undergo improvements to make it stronger. Many nerds argued with him as they all wanted to live on the surface and completely abandon the underground.


When Kayoto teamed up with Makart to convince the nerds to calm down and wait, they finally listened. Only a few were allowed on the planetary surface at a time, most of whom were scientiststs and experts in ecology.


Makart works closely with each mayor of their own district. Already close with Alyx of the Physical District, convincing him to amp up security was no problem. It was also easy to do with Galileo of the Virtual District. In fact, Makart noticed Galileo was becoming a bit too zealous with his drive to protect the nerds of his district that he had to tell that mayor to calm down and don’t be so paranoid. Makart warned if Galileo oppresses his nerds too much they may rebel against him. Galileo listened and eased off some of the security measures he had in place.


Bernie was, to Makart’s surprise, the hardest to deal with. While Bernie agreed the Retro District needs its nerds to stay on their toes, he didn’t agree to add additional security measures. He left everything as-is, stressing it’s more important to live and let live instead of feeling the need to prepare for the worst.


Although Bernie was the most difficult for Makart to work with, he found the nerd the most relaxing at the same time. When Makart first came to Command Centre he was worried all the time. After dealing with Bernie, he learned to practice what he preached to Galileo, which is to calm down.

Makart was in the worst possible place when the Great Cloud Disaster happened. He was travelling on The Pipe, heading back to Command Center after spending time with Bernie of the Retro District. He finally managed to get Bernie to agree to at least station a few more guards from the Nerdosia Security Network into the district.


While travelling The Pipe, Makart found himself singing out loud, “You’re once, twice, three times a nerdy…”


He managed to get a few other nerds also travelling The Pipe to sing along before the big explosion would disrupt everything. When this happened, instead of singing, every nerd in The Pipe was screaming. Some of them even passed out, Makart being one of them.


When Makart regained consciousness and opened his eyes, it was the first time in his life he panicked. If it wasn’t for some strange woman’s soothing voice talking to him, Makart probably would have hyperventilated himself back into unconsciousness.


Makart was the first nerd Kayoto contacted to head straight to the Command Centre where all those with Nerdosia Idea are to meet. Once the group of nerds met, some dwelled on blaming Mad Scientist until Makart spoke up and insisted the needs of the nerds outweigh the need to blame. Deep down, Makart knows Mad Scientist isn’t smart enough to outwit his own ego and that sooner or later he will make that one mistake that will get him caught.


While at Nerdosia Idea’s Think Tank session, the moment Makart learned of the nerd bats Alyx mentioned can see with perfect clarity, he already began to iron out in his head formulas that could work. He is also credited for tapping into the nerd bat’s DNA without harming any of the living ones.


All the nerds within Nerdosia Idea are in agreement Makart is the reason why the Nerd Lens was developed so quickly and so efficiently. Unknown to the rest of the nerds, however, is Makart tweaked his own Nerd Lens to search for any anomaly that can help find out where Mad Scientist is and what will he do next. 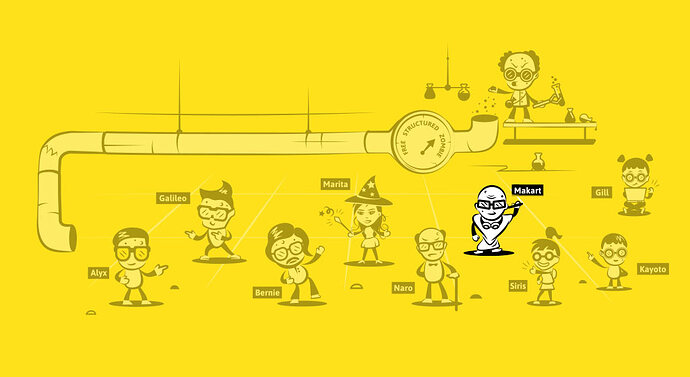