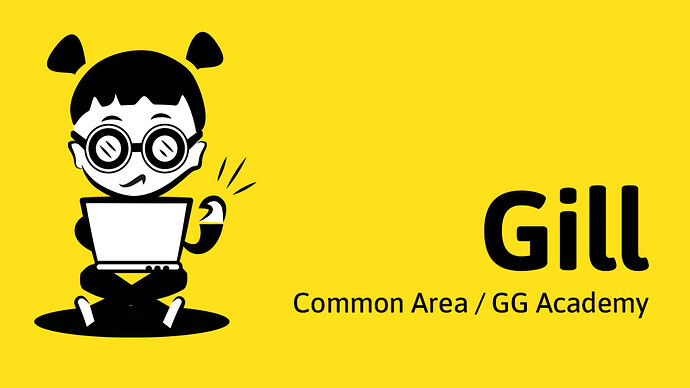 Before coming to GG Academy, Gill was a skilled storyteller in the Retro District who helped the youngest nerds of the population understand who they are and their destinies are up to them to choose for themselves.


Whenever troubled, Gill resorted to meditation as a means of escape. This was something she taught herself and made a point to be alone each time she would take the time to meditate, which was often. Gill did try once upon a time to meditate with other nerds, but found she spent more focus on them than herself. So, she put an end to that.


For as long as Gill can remember, she has had a fascination with different types of board games. Her personal favourite is Nerdtrotters, which is a game all about travelling the world of Ancient Nerdosia, during a mythical era known as Nerdrim. She rather liked the idea of each nerd during that time ascending from nothing to something through some kind of whirly pool that’s supposedly located at the Nerdilayas.


While life for Gill at Retro District was happy enough, Gill wanted more. She knew about the Physical District and the Virtual District and wanted to visit both for herself. Knowing the only way she could do this was through The Pipe and to the Common Area, she went without a second thought.


When she reached the Common Area, she was a victim of mistaken identity by a pair of nerds who ganged up on her and threatened to do her harm. They kept calling her by a name she did not know. As hard as she tried to convince them they have the wrong nerd, they wouldn’t listen.


It wasn’t until some lunatic nerd came out of seemingly nowhere and scared off the bullying nerds. Gill, scared too, was about to run off until the lunatic immediately calmed down and started laughing. Unable to help herself, Gill started laughing too. The nerd who saved her from harm introduces himself as Kayoto and invites her over to the University where he teaches.


At first, Gill had a tough time believing Kayoto was the Great Nerd so often talked about. When she saw him behave like a lunatic and then sane as quickly as flicking a switch, she wondered if he had personality issues. But, the more Gill dealt with Kayoto the more she learned he really is the Great Nerd and he is the most sane nerd she’s ever met.

When Gill reached the Common Area from her Retro District, any interest she had to go see Physical District or Virtual District waned. She still wanted to visit, but the urgency wasn’t there anymore. She was having too much fun with Kayoto and his group of friends, namely Alyx and Makart, both from the Physical District.


For Gill, meeting Makart sparked her freethinking attitude while Alyx triggered a career path idea she never gave much thought about before. Both of these factors intensified when Kayoto mentioned the need for the new and improved GG Academy needs someone who treats science like a person instead of like a bunch of lifeless elements.


Gill jumped at the opportunity and learned as she went. The empathic side of her played a big role in the development of Nerd Aisle, a device that helps nerds with their transformation process as they aim to better themselves.


Whenever Gill isn’t working, she’s often playing board games with other nerds who share the same interest. She did attempt to play Scattergories with Makart, but lost interest when she realized she was no match for him. Unlike Makart, instead of playing games that test the brain, she’d rather play games where skill isn’t nearly as important as having fun.

When Gill is in the lab, studying samples and running tests, she is known to shut the rest of the world out. Not long into her career as a path master, a sudden flash fire surrounded her lab. While neither the smoke nor the fire got to her, it caused Gill enough trauma to force her to look more closely into her own life and where she is.


This also resulted in Gill spilling more interest into Nerd Aisle than ever before. When she learned the fire came from the Plant and that it was a freak accident, she felt compelled to approach Naro, the director of the Plant, to see if he was okay. While she never met him face to face before, she did read his digital manuals so she could better understand how the mechanics of the Nerd Aisle works.


Although the Plant and Nerd Aisle perform the same way, the mechanical components between the two are the same. Gill wanted to learn more as she honestly wanted to treat Nerd Aisle like an organic and not a machine.


Up until the Great Cloud Disaster, Nerd Aisle worked good. There were no issues. Gill understood it perfectly and even talked to it as if it could understand her every word. Nerds who didn’t know better seeing her do this thinks she’s a bit crazy.


Since the Great Cloud Disaster, Nerd Aisle hasn’t been the same and it bothers Gill. Although repairs have been made, along with some upgrades, she knows Nerd Aisle still has new kinks to work out. Each time a nerd enters Nerd Aisle, she makes sure that nerd understands what they’re about to do.


Gill screens each nerd as thoroughly as possible before allowing any of them to go in, especially when they attempt to graduate from nerd mastah to nerdzilla, or nerdzilla to nerdminator. From baby nerd to baby mastah it isn’t so bad, but the more advanced a nerd becomes the potential for greater risks. Because Gill is so empathic, she can often tell whether or not a nerd is ready to ascend.


There was one nerd who blatantly lied to her, but was so good at it she didn’t see it and let him into the Nerd Aisle. He was already a nerdzilla and wanted to reach the next step, which is nerdminator. However, once the Nerd Aisle was activated, Gill instantly noticed something was wrong and was powerless to do anything about it.


When it was over, the nerd went from nerdzilla to baby nerd. What made matters worse was he was there with his nerd greyhound whom he named Thor. When the nerd sees his dog he doesn’t recognize him and panics. Whatever happened to that nerd not only set him back to baby nerd stage, but an overly nervous one too.


Because that nerd was in no shape to keep his hound, a decision had to be made what to do with it. Gill, seeing how sad the dog was, took him in. She kept his name as Thor.


While many nerds won’t believe her, Gill insists Nerd Aisle has a glitch that plays with a nerd’s subconscious, especially if that nerd goes into the chamber of the Nerd Aisle in a state not quite as prepared as it seems.

Gill was taking a nap on the couch of her office at GG Academy. She just finished running a lengthy diagnostic on Nerd Aisle and needed a moment to uncross her eyes and just relax. She really didn’t expect to fall asleep, but she did.


When the Great Cloud Disaster happened, she honestly thought it was just a nightmare. It literally took hours before Gill clued in that she really did lose most of her vision and that the high pitch ringing in her ears was not just in her head.


What finally gave it away was her nerd greyhound, Thor. When he approached her and sat next to her, she could feel him but not see him. This broke Gill’s heart and she held Thor close to her and started to cry.


When Gill mourned over the loss of her eyesight, plus what happened to every nerd on Nerdosia, she briefly returned to the Retro District to meet with Bernie, it’s mayor. He helped cheer her up, hinting her heart has always been able to see better than her own eyes all along.


Inspired, Gill returned back to GG Academy and to Nerd Aisle. At the time, the Nerd Lens wasn’t available just yet, but this didn’t stop her from trying to feel out Nerd Aisle for signs of damage.


It was sparking and hissing, so the mechanical damage was obvious. As bad as that sounded, Gill wasn’t concerned about it’s structural integrity. She was more concerned about its virtual soul, one she’s still convinced is there somewhere.


On occasion, her nerd greyhound has been known to bark at Nerd Aisle for what seems like no good reason. When Gill finally got her Nerd Lens she was able to see for herself what became of Nerd Aisle. Other than the obvious, there was nothing out of the ordinary.


However, when the final stages of putting Nerd Aisle back together was almost complete, she noticed somebody had tampered with it. Spotting what looked like a needle piercing into one of the fluid tubes, Gill could tell it was the work of Mad Scientist.


While the Nerd Aisle now seems to be fully restored, Gill observes Thor has begun to behave strangely around it in a manner she finds perplexing. 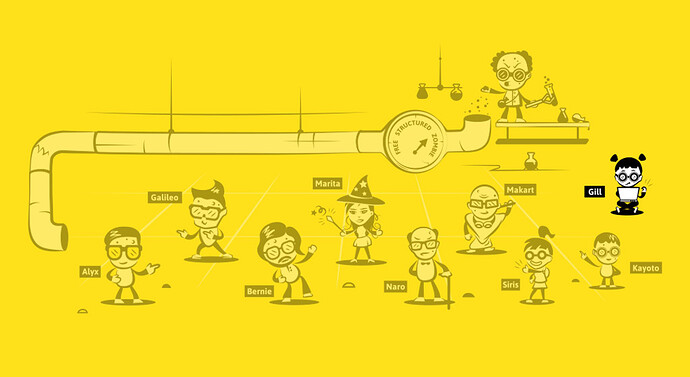