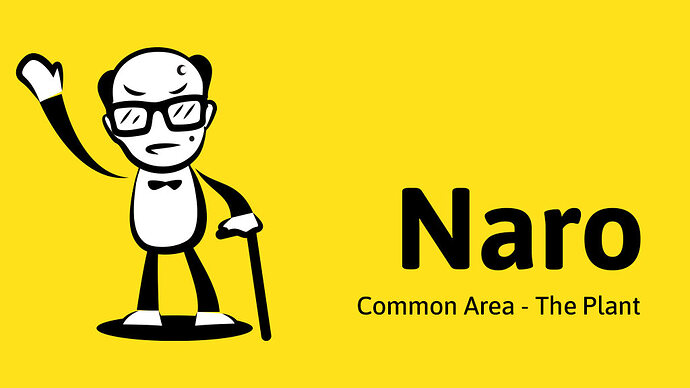 For as long as Naro can remember, his life has been at the Plant. All of Nerdosia, district for district, relies on the Plant as it is the pulsing heart that keeps everything mechanical functional. If anything in the Plant doesn’t function right, it may be enough to do more than cause a little glitch somewhere else.


As luck would have it, that day a hiccup in one of the Plant’s reactor chambers caused a flash fire to spark up at GG Academy. While no real harm was done, a traumatized Naro vowed never to leave the Plant again.

Although Naro never leaves the Plant, it doesn’t mean he never socializes. Thanks to Virtual District’s collection of products that allows communication through advanced headsets from nerd to nerd, regardless of what part of Nerdosia they live. This piece of technology is almost as much a friend to Naro as his nerd bat, Bart.


Bart the bat is not a normal nerd bat. He’s all white instead of all black. Naro found him when doing a maintenance sweep of the Plant to check for problems. He discovered what was a lone baby bat located near one of the tunnel gateways leading into the Mine. Not only did Naro notice the odd colour of the all white bat, but that it was injured.


Going against other nerds who told him to leave the bat alone, Naro took it in anyway and nursed it back to health and named it Bart. When the bat was healthy enough to be released, Naro gave him the opportunity to fly back into the Mine’s tunnel system, but the bat wouldn’t do it. Like a loyal dog, wherever Naro goes, so does Bart.

Naro’s profession as the Plant’s director also happens to be his personal life. Outside of the Plant he doesn’t have one. His home is at the plant and if there’s anything he needs such as groceries, he has it all delivered.


Through his virtual reality device, he plays Sudoku whenever he’s taking a break. Since the design of the Plant wasn’t originally designed to have a nerd live there, Naro installed a room that had everything he needed be able to fold out when its time to use it, then fold back into the wall so he has full space again.


Seeing how efficient having foldable objects are, Naro wound up retrofitting whatever he could in the Plant to accommodate things he knew could be useful. As director of the Plant, Naro wanted to make the place not seem so cold by adding a number of fine art paintings he managed to collect that include the entire series of Nerdbrandt, all of them originals. He owes the opportunity to own each painting to Bernie, mayor of the Retro District, whom he learned is an expert finding the unfindable.

There was no time to react as it happened so fast. The moment Mad Scientist entered the final digit of his code to activate the pool of liquid nanobytes he had installed into The Pipe’s mainframe, a massive explosion went off. The force was strong enough to throw Mad Scientist across the lab and knock him out.


Unknown to Mad Scientist, that first explosion acted like a chain reaction throughout the entire structure of The Pipe. A series of explosions kept going off, along with very thick clouds of grey. Those travelling within The Pipe as this happened were not just the first affected, but took the worst damage with the most severe headaches and completely losing their eyesight.


Among the population on the surface of Nerdosia when the disaster happened not only met with the thick dark clouds, but some strange white powder to go with it. Most of the nerds experienced strong headaches also experienced strong headaches, but not as severe. As for nerds who were either indoors or underground (mostly underground), their headaches were not quite as bad, but uncomfortable enough. And they, like the other nerds, also lost most of their eyesight.


It took a long time for the cloud to finally settle, but to this day, it still hasn’t settled completely. Just as Nerdosians were returning to life back on the surface, the stunt Mad Scientist pulled forced them back underground again.


Knowing Kayoto and the rest of the nerds would come after him, Mad Scientist fled University as soon as he regained consciousness, but not without stealing some remnants of the liquid nanobyte tubes that managed to avoid destruction when the big explosion went off.

Bart not only makes a good friend for Naro, but after the Great Cloud Disaster he also became a valuable assistant as the nerd bat shared the exact same effect as the other nerd bats did on that fateful day. It went from being blind to having perfect vision.


Until enough Nerd Lenses were made for distribution to the nerd population, including Naro, Bart helped Naro at the Plant by acting as the eyes they needed to keep up with the Plant’s maintenance needs. Lucky enough for the Plant - and Nerdosia - the massive explosion caused by the Great Cloud Disaster was not enough to compromise the structural integrity of the Plant.


Now whenever Naro tries to play Sudoku, which is his favorite game, Bart the bat tries to play with him as it seems to understand how the numbers work. One key observation Naro and the nerds who work with him at the Plant is Bart didn’t just inherit perfect eyesight, but a higher intelligence level as well. 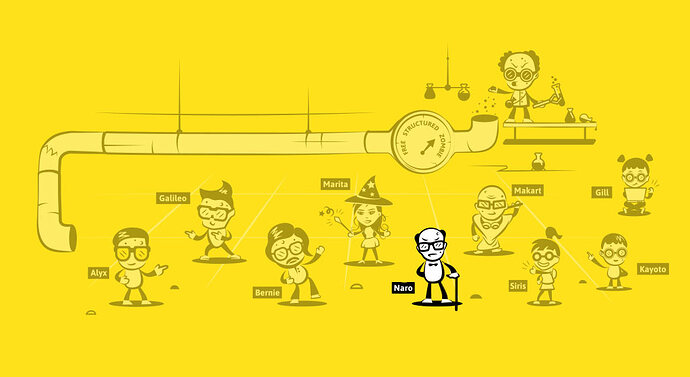