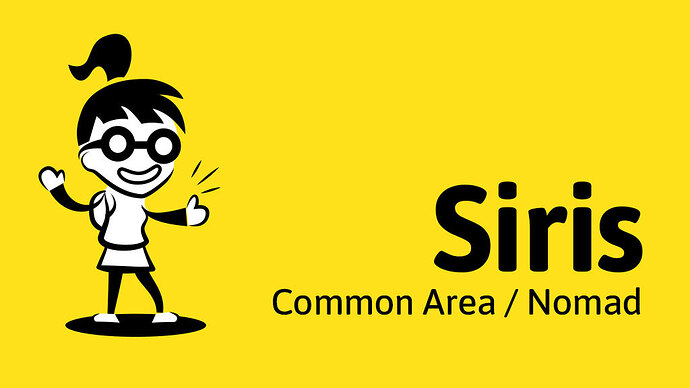 For as long as Siris can remember, staying in one place for long was not something the nerd ever did. If he’s to choose a location he’s been at the longest it would be a toss-up between GG Academy, the Plant, and University. When Naro designed living quarters at the Plant, he didn’t just do this for himself. He did this to accommodate visitors like Siris who took interest in how the Plant works.


This was also the case when a much younger Siris attached himself to Gill of GG Academy and Kayoto of University. He learned much from them and would offer to help on different projects. When he first encountered nerds wanting to go through Nerd Aisle, he asked a number of questions why they wanted to use it and what were they expecting to get out of it.


Gill noticed how inquisitive and sociable Siris is and asked him to serve as an adviser to each of the nerds who applied to enter Nerd Aisle. Noticing how intuitive Siris is, she noticed he could tell the difference between an honest nerd and a dishonest one easier than she could.


For Siris, even since the stage of a baby nerd, being able to read other nerds seemed easy for him. What most nerds don’t realize is Siris predicted Mad Scientist would cause a cataclysm that would throw Nerdosians back into the dark ages.


What Siris means by dark ages is back to an underground way of life with poor eyesight. While it seemed like none of the nerds paid attention to his warning, Kayoto and Naro did. As much as the two tried to put in measures to prevent disaster, Siris simply commented they can’t change fate when it’s already been decided.

Despite being as sociable as he is, when Siris goes into meditation, he prefers to do it alone. But, if someone wants to meditate with him, he won’t refuse. He has this same attitude when it comes to what his fellow nerds call yoga. But, what’s yoga to them is really just a series of stretching and dance routines Siris does that really doesn’t have an association to the practice of yoga itself. Should a nerd just sit and watch Siris do his thing next to a yoga instructor, there is a big difference in their moves.


Siris refuses to integrate meditation with yoga, admitting he did this once when he was a Nerdilla. The day he was scheduled to enter the Nerd Aisle to ascend to Nerdminator, he backed out and told Gill he wanted to wait another year.


For that full year, Siris separated his fluidic exercise routine from his meditation practices and found since doing so he has much better clarity. The nerds who know him best, especially Kayoto, have noticed how much more harmonious Siris seems to be with himself and his surroundings.


Since practising his own style of moves and a strict no sound nor movement allowed while meditating, Siris has also taken up origami. The quality of his work has been so good that Naro has some of it decorating the Plant and Bernie of the Retro District has also been collecting.

Since becoming an advisor, working with Gill from GG Academy and Kayoto from University, Siris is often in high demand to connect with nerds, each of whom are ordered to meet with Siris, usually at the Mall. Siris has a spot at the Mall that displays his origami work


As an advisor, Siris meets with many nerds, but never leaves the Common Area. Most of the time nerds appreciate his honesty, which is refreshingly empathic. A few nerds who’ve taken his attempt to help the wrong way try to figure out where he lives, but he always gives them the slip when he either enters GG Academy, the Mall, the Plant, or University.

Siris was in deep meditation when the Great Cloud Disaster happened. When all of Nerdosia rumbled and was coated with the thick cloud cover, nerds everywhere were either in states of panic or in pain.


Not Siris. He felt nothing. However, it wasn’t until he opened up his eyes he knew he could no longer see. Even with this reality, Siris seemed like it didn’t bother him. It was as if he knew this day was coming and was already prepared for it.


In fact, he was. Siris admitted to Gill, Kayoto, and Naro in confidence he had dreams of every nerd losing sight of color. He also saw all of Nerdosia losing color. At least a month before the Great Cloud Disaster happened, Siris kept telling every nerd he met to stock up on goods.


Only a few nerds listened.


With the Great Cloud Disaster doing the damage it did, taking every nerd but Siris off guard, among the nerds who remembered his warning tried to find him. Of those whom he knew wanted to do him harm, he avoided. Of those who simply needed his council, he helped.


Nowadays, many nerds consider Siris as an enigma. He personally hates it because he’s concerned those nerds are stunting their own ability to advance beyond the stages of baby nerd and baby mastah. Since the Great Cloud Disaster, he’s been trying to convince as many nerds as he can to take up meditation and offers each nerd out with this whenever his advisory services are requested by Gill to interview and assess nerds who want to level up. 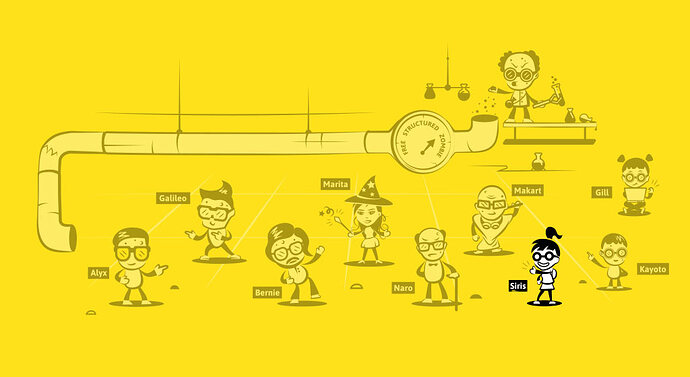