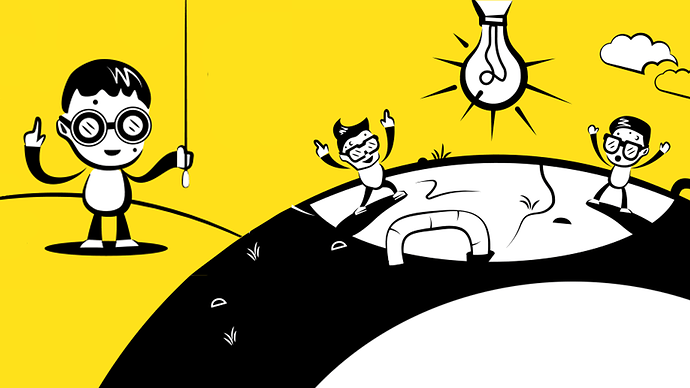 Nerdosia Idea is also known as Think Tank, which is the place where the most brilliant minds of Nerdosia come together. The primary mission among these nerds is to find ways to improve upon Nerdosia’s current situation, especially since the Great Cloud Disaster has gripped the world into another realm of darkness.


Nerdosia barely had enough time to recover from its previous thousand years’ worth of darkness due to some unknown event where it’s doubtful even the Great Nerd Kayoto knows all the details. If he does know, he’s not sharing it.


Once upon a time, Nerdosia was a bright, lavish place that was full of colour. The vibrance of its entire planetary system is seen in the artefacts, portraits, and written documents.


Whatever happens within Nerdosia Idea happens at the same time as Command Centre and University as the three are directly linked. Kayoto and Makart are deemed to have the two most brilliant minds among all Nerdosia.


However, even the most brilliant minds need help from time to time. For Kayoto and Makart, it’s more about a round table solution to every problem. The Nerd Lens, for instance, is one such example. When the great minds of Nerdosia came together to iron out possible solutions to solve the problem of nerds being unable to see, it was agreed to fast track a temporary fix. That fast track is the Nerd Lens. The creation of the Nerd Lens was essential to restore as much sanity back into Nerdosia as possible, and as quickly as possible. A perfect solution to fully restore every nerd’s eyesight is still a work in progress.


In addition to the Nerd Lens serving the nerds of Nerdosia, there are also a number of other ideas Kayoto is open to learning more about. This is why the Think Tank is in place.