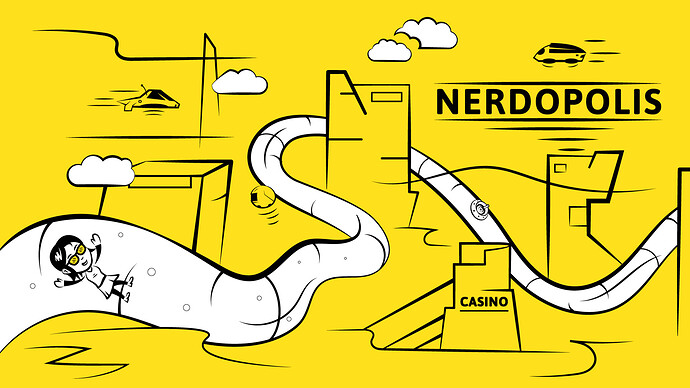 So, you want to know more about Virtual District? I, Mayor Galileo, am happy to share what I know about it. Not only am I the mayor of this district, but I’m also one of its virtual engineers. Hey, if I’m going to run a district, and it’s Nerdopolis City, I want to be as hand’s on as I can.


What makes Virtual District so special is we treat tomorrow with just as much importance as we treat today. This is why we live in a district that relies on augmented technology, as well as virtual reality technology. When you visit our lovely district what you won’t find here is pollution. We’ve taken care of that by taking all the waste that comes from all three districts and run them through a virtual trash compactor that breaks down the molecular structure into energy particles that help run Virtual District’s augmented, digital, electrical, and virtual devices, including the Nerd Lens each Nerdosian wears on their faces. I could go more into the science of the matter, but that’s really Kayoto’s field of expertise, not mine.


Speaking of science, the majority of the workforce that has made Virtual District the best place there is all have degrees in different fields of science that either specialize in augmented technology, digital technology, or virtual technology. Those in the Augmented Science Division are the geniuses behind the virtual billboards you see here and there that advertise the best our district has to offer.


The scientists in the Digital Works Division are responsible for all the calculations that go into making each piece of technology work as well as it does. Through programmed algorithms, they make sure every device that requires circuitry runs properly. They work closely with the scientists from the Virtual Reality Division to enhance the visual experiences our Nerdosians get out of the Nerd Lens, as well as the Virtual Casino we’ve just installed in collaboration with Industrial City Casino from Physical District. However, in Virtual District, instead of gambling with Nerdian currency, its by Virtual Credit Transaction.


Virtual Credit Transactions (VCTs) serves as a virtual allowance that starts at a set amount, based on the level of each Nerdosian has become after passing through Nerd Aisle. Each time there’s a win, based on the bet, the credit score goes up. Each time there’s a loss the credit score goes down. Should a nerd’s credit score hit zero, that nerd needs to rebuild its Virtual Credit Score (VCS) by completing whatever Nerdosia needs handling. Such tasks are engaging in community service to help build Virtual District, as well as all of Nerdosia, into a better world for everyone. 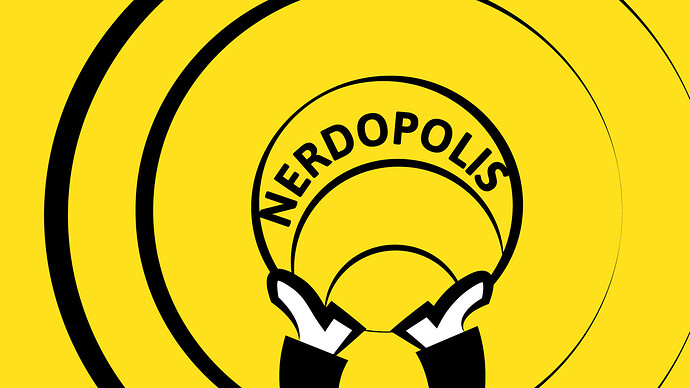 Nerdopolis is one giant city that sums up the entire landscape of Virtual District. There are different sections of this city that are connected by automated walkways, air shuttle transportation, and the Pipe. The Pipe actually connects Virtual District to the core of Nerdosia, which then connects to the other districts, Physical and Retro. The hub of Nerdosia is where you will find all the common areas that allow nerds from all three districts to meet and do what nerds do best, which is having fun and maybe learn some new tricks not known before.


As for Nerdpolis, the outer parts are set up like virtual community gardens, which is where we grow most of our food in what’s really a hydroponic farm that uses the genius of digital waste management to create a healthy environment for vegetation to grow without using chemicals. There is also a giant virtual garden located at the downtown core of Nerdopolis that is surrounded by augmented panels so if a nerd wishes to view it from afar they can do this by simply commanding the Nerd Lens to view Nerdopolis Central Park.


Nerdopolis Central Park is where nerds from Virtual District like to go to take in the mix of augmented and virtual reality of a giant parkland that’s loaded with friendly wildlife and scenery.


Within Nerdopolis, nerds usually work from home, thanks to the augmented and virtual reality devices that can connect everyone on different tasks. There are also large facilities where nerds physically work together on bigger projects that need all hands on deck. This is how things work in Nerdopolis and what makes us so awesome.