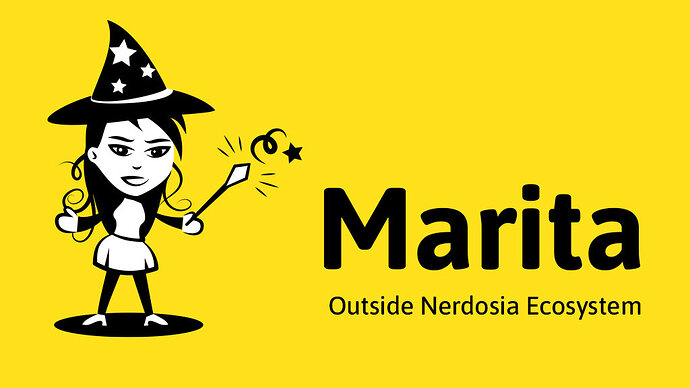 Very little is known about a certain fairy known as Marita. In fact, most nerds who’ve heard of her have only done so through storybooks and fairytales. She is the name sung in lullaby songs to rock baby nerds to sleep. She is the main character to a song Bernie of the Retro District loves to sing, which is titled “My Marita.”


Throughout Nerdosia, regardless of what level each nerd is, of those who’ve heard Marita’s name mostly regard her as some fictional character that’s been spawned as far back as the timing of Ancient Nerdosians when they used to believe in a flurry of gods and other mythical creatures.


Among the oldest of the nerds, especially the oldest of them all, the Great Nerd Kayoto, they regard Marita as a univeral creation put together by a god to oversee the development of Nerdosia and all life on it.

Marita does have a personal life, but only something Marita knows about as not a single nerd knows who she is. She has, from time to time, exercised her mystical power to pose as a nerd who would mix in with the population. At one point, when she hadn’t been a fairy for very long, it was sort of a hobby to pose as some random nerd who would spend some time with the nerds. She did this among the population modern society refers to as Ancient Nerdosians.


Marita stopped doing this after she found herself getting too close with a few nerds. The superior being that created her also threatened if she continued to behave like a “commoner” she would have her powers stripped and start a mortal life as a baby nerd. She did consider it, but when a major disaster threatened to wipe out all live on Nerdosia, she vowed never again to mix too closely with any of the nerds. Instead of spending so much time with the nerds, she focused more on restoring whatever she could on the planetary surface.


She was careful with this, knowing too much interference would anger her superior. At the same time, not enough intervention to help the nerds of Nerdosia out also violates the prime directive to ensure the ecosystem of Nerdosia isn’t allowed to die.


For Marita, a personal life isn’t exactly something she has other than using the newly invented Nerd Lens to reach out to outsiders to learn more about Nerdosia and perhaps join her in their own way to help the nerds out.

After almost giving up her role as a fairy that’s been assigned to oversee the development of nerds, plus ensure the survival of Nerdosia’s ecosystem, Marita has since become more determined than ever to never allow that kind of temptation to hit her again. As close as she is to the nerds, the mistake of getting too close is one she will never repeat for as long as she can help it.


Along the way, Marita has been filing reports into a databank that’s made accessible only by those whom she deems is worthy. So far, among the nerds of Nerdosia, only Kayoto does she dare drop hints to guide him along. When Marita first met Kayoto he was just a baby nerd, but she instantly saw he was a prodigy. There was another who also shared the same level of genius, but had a very different personality whom she knew could never be trusted with anything.


Marita knows each nerd better than they know themselves. She also knows each animal and draws much closer to them than to the nerds. Unlike nerds, the animals know exactly what she is and always responds favorably towards her. They also know to ignore her as if she’s not there without the need to communicate.


When the Great Cloud Disaster happened, Marita already had in place a collection of spells and protective shields to lessen its impact. She also made certain arrangements to allow outsiders that otherwise never would have learned about Nerdosia at least catch a rumor about it that would prompt them to stop by for a visit.

Marita saw what was going to happen to Nerdosia long before it happened. As soon as she knew each nerd was going to be forced to live underground again, she made preparations. For her, she was sad because after already spending centuries underground due to a prior disaster, they were finally coming back out onto the surface again to live as true Nerdosians are supposed to live.


When she knew this was going to happen, she first made contact with the animals. What not one Nerdosian knows is she cast reversal spells on nerd bats and nerd cats so that when the Great Cloud Disaster happened, those two species of animals would go from being blind to being able to see. She was also going to do this with the nerd hounds too, but she noticed they didn’t need it.


She really wanted to put full protection shields over every nerd, but her superior warned her doing so would prevent the nerds from evolving from their current stages to something he knows they are one day destined for.


At the moment, nerds on Nerdosia can only go from baby nerd, to baby mastah, to nerdzilla, and finally to nerdminator. However, Marita’s superior mentioned there is one more level they can go, but none of them are ready yet. Each time Marita has asked what it is, he tells her she’s not ready either.


She did clue in, however, that outsiders of Nerdosia was key. As soon as the Nerd Lens was made and distributed, she knew it would be through that device a connection could be made to people of the outside world connect with the nerds of Nerdosia.


But, in order for an outsider to do that, the Nerd Lens is required so they can join the rest of the nerd population and live like a true Nerdosian. 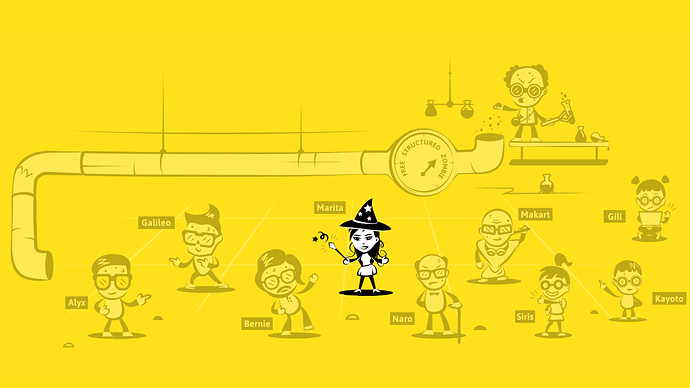