As a development team we want to create the Nerd Community

Purpose of the Nerd Community


What is it all about? Nerd Hunters is a place where we want to start building the Nerds Community. If we want to define who a Nerd is, we need to state that it has a very broad meaning. We should not be narrowed. This way, everyone can be a gamer, a geek, or a nerd. Nerd Hunters “should” be perceived as a comprehensive solution for Nerds. Literally speaking, it is a Metaverse for the community of Nerdosians.


Have you heard about Narnia? Yes, it’s something like Narnia. Nonetheless, we’ve decided to swap the wardrobe for the glasses. 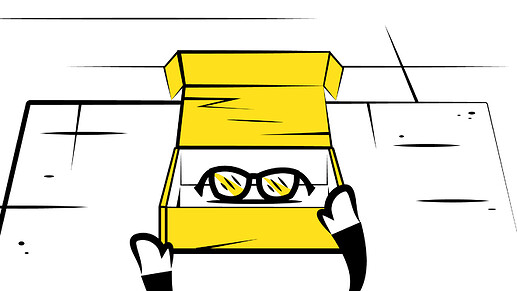 The idea is to create a gaming universe (but that’s a very simplistic term, we can use it just for the purpose of this explanation) out of a shopping experience. By doing so, our customers get something in return for the resources they provide. Usually, if you provide users with a game, they pay for that only. In the case of Nerd Hunters, community members get an extra product – not only items from the shop but the game itself.


Moreover, the community-based structure plays an essential role in achieving greater goals such as a sustainable environment or a way to tackle issues such as isolation or digital exclusion.


Common attributes of the group

The business model of Nerds was built on a need of a small gaming community (around 5,000 users), where we identified that users from different nations, speaking different languages, and belonging to different age categories share common values and interests. We interact with each other for the purpose of community through our actions. On the basis of the community need, we have drawn a conclusion that a business model requires a superior idea that can be a point of reference for the website community through products and brands. The idea of Nerdosia was based on a corresponding story with a planet featuring districts, characters, and dependencies inside the world to build a business whose long-term perspective may rely on the brand and its customized products.


Establishing the roots for the community-based model

To establish the roots for the community-based model, we’ve started with a clear value proposition for the customer. For this purpose, we’ve created an alternative world called Nerdosia. It may sound a bit sophisticated, but Nerdosia is a cool creation. The planet structure, as well as the dependencies inside the world, are amazing. Districts, common areas and the Pipe allow you to smoothly travel between areas. It’s amazing!


As we all know people are more eager to unite when facing a mutual enemy. Therefore, we’ve created a creature called Mad Scientist. He may try to smash the “pinkie” world of Nerdosia and Nerdosian Community, where everyone has the same dream to unite as one and Live like a true Nerdosian. 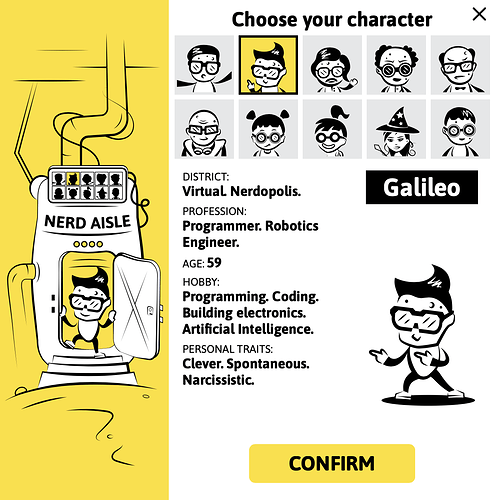 Developing the life path of the character(the life path is structured and corresponds with the stages of development) or becoming and “being” a citizen of Nerdosia. 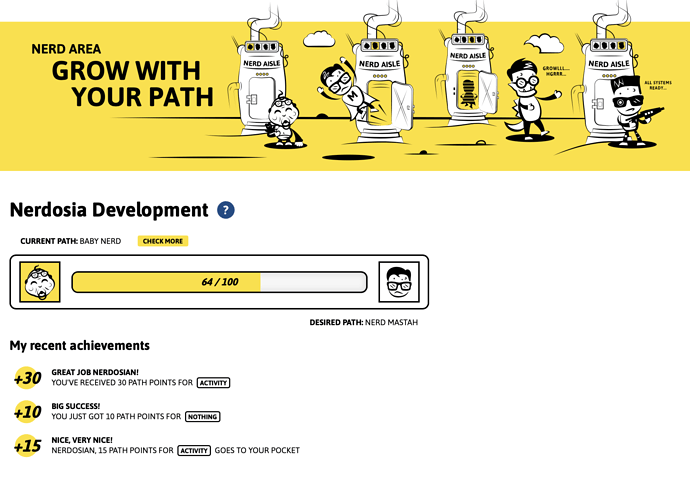 To introduce Nerdosia, the dependencies between the creations of the website and business model must be stated that Nerdosia is a state of mind - an allegory, so called Metaverse. It is a way to forget about real-life issues and drama stories, as well as a place where you can meet and interact with people like you.

The creation of the alternative world of Nerdosia is interrelated with the website design, as well as the corresponding functionalities on the website. Every element of the website was transposed from the Metaverse. The dependencies inside the world of Nerdosia have been implemented as the website components. The same pattern has been applied to website characters, where the products or particular types of sales are interconnected with a Nerdosian characters. Personal traits of the characters are not only correlated with particular products, but also visualize the influence of a certain trait on the ecosystem of Nerdosia.